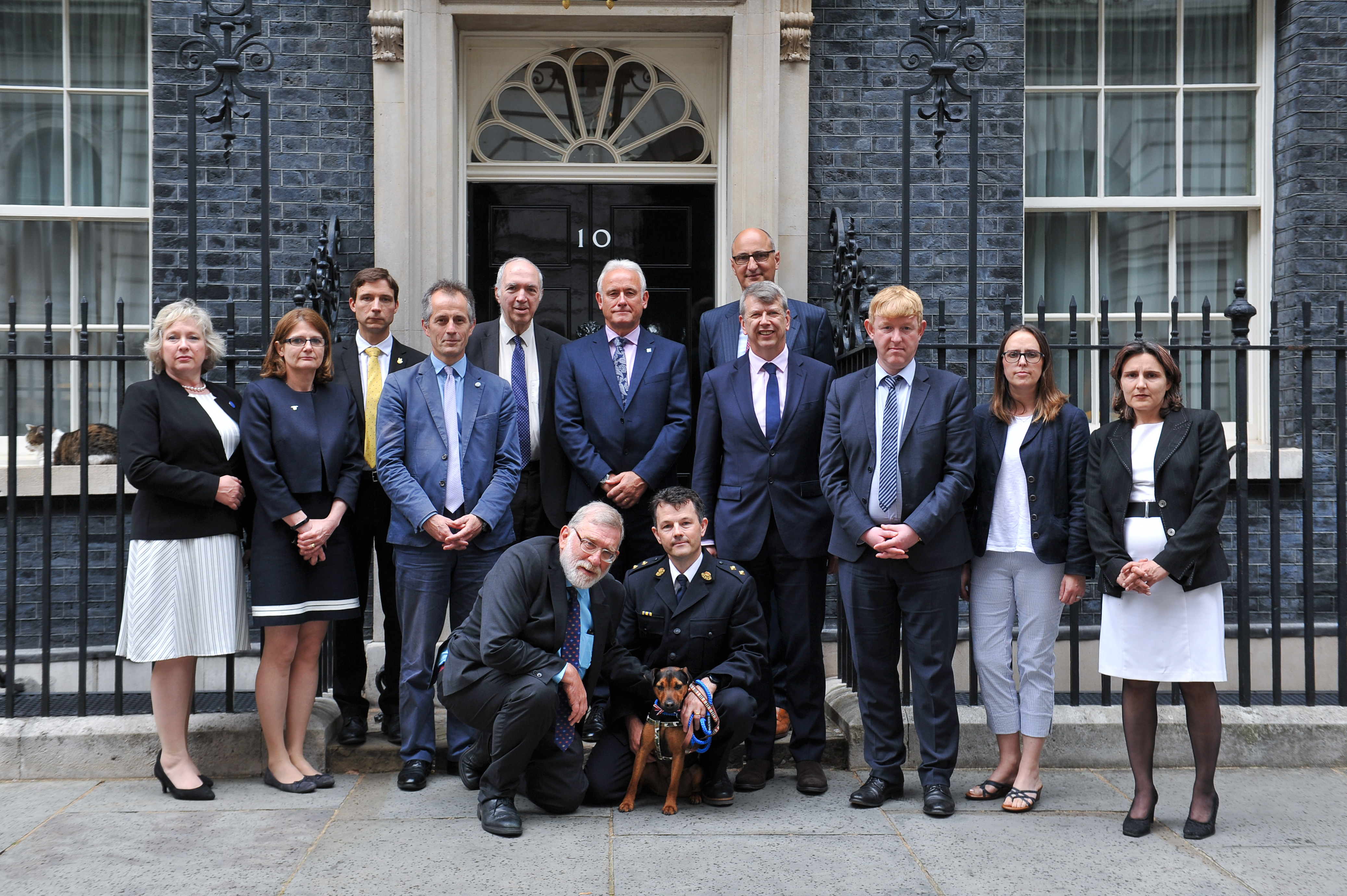 The UK Centre for Animal Law has joined calls on the Government to stand by its repeated promise to increase prison sentences for animal cruelty.

Our chairperson, Paula Sparks, was at 10 Downing Street today (Monday 24 June) with animal welfare groups to meet the Prime Minister’s environment adviser, Lord Randall, to call for the Government to act.

The 11 organisations at the meeting in 10 Downing Street were represented by:

Environment Secretary Michael Gove first announced the Government’s intention to increase maximum prison sentences from six months to five years in September 2017. Following a national campaign by Battersea Dogs & Cats Home, he visited the charity in south London in December 2017 to announce plans for a new draft bill on the issue. However, the change to the law has not yet been made.

“As an animal protection law charity we have been particularly concerned to highlight the light sentencing powers for animal cruelty offences in England, compared to those in many countries across the world. Increasing maximum sentencing powers will send a clear public policy message that abhorrent acts of cruelty, whether to humans or non-human animals, will not be tolerated in our society.” 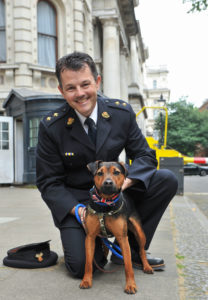 With Paula Sparks and representatives from nine other leading animal welfare organisations on the steps of Number 10 Downing Street, was Jet – a Lakeland Terrier shot in the head four times and left for dead by the ex-boyfriend of his previous owner.

He’d been shot in the head four times with an air rifle and spent five days collapsed and alone before being found and rushed to a vet. His wounds were covered in thousands of fly eggs (known as fly-strike) and he needed £5,000 worth of treatment to nurse him back to health.

Miraculously, Jet survived but his hearing and vision were both affected. The RSPCA launched an investigation and traced the man responsible for the brutal injuries. Earlier this month, the 37-year-old was found guilty at trial of causing unnecessary suffering to Jet (an offence under the Animal Welfare Act 2006) and sentenced to 200 hours of community service, ordered to pay more than £1,600 in costs and disqualified from keeping animals for 10 years.